THE WRITTEN DOCUMENT AND
THE TRUE AGREEMENT

When a claimant’s employment status is in dispute, there will almost always be a written document prepared by the respondent and signed by the claimant which states that the claimant is not an employee or a worker. Common descriptions of the claimant in such documents include ‘contractor’, ‘supplier’ and ‘consultant’.

The question in all of these cases is whether the written document reflects the true agreement between the parties.

The courts recognise that employers can exploit their position of power by requiring employees and workers to sign documents which misrepresent the true contractual position. Invariably, such misrepresentation will be designed to deprive workers and employees of their employment rights. The role of the tribunals and courts is to ascertain the true terms of the contract between the parties, which can be different to what is contained in the written document.

This chapter will first consider the case law and then discuss examples and common relevant factors when considering whether the written document reflects the true agreement.

The key case on written documents and the true contractual position in the context of employment relationships is the Supreme Court decision in Autoclenz Limited v Belcher and others [2011] UKSC 41. The Supreme Court recognised that the imbalance of power in employment relationships means that the employer is often able to dictate the written terms which the employee has no choice but to accept, irrespective of whether those terms reflect the true agreement. In his judgment, Lord Clarke stressed that courts and tribunals must consider the relative bargaining power of the parties when deciding whether the written terms represent what was agreed, and that the true agreement will often need to be gleaned from all the circumstances of the case, not just the written terms.

Lord Clarke also approved Elias J’s judgment in Consistent Group Ltd v Kalwak [2007] IRLR 560 that in this area of the law, tribunals must be alert to the possibility of sham clauses inserted on behalf of the employer by “armies of lawyers” which misrepresent the true obligations. The key sections of Lord Clarke’s judgment in Autoclenz are as follows, beginning with an extract from Kalwak:

“57. The concern to which tribunals must be alive is that armies of lawyers will simply place substitution clauses, or clauses denying any obligation to accept or provide work in employment contracts, as a matter of form, even where such terms do not begin to reflect the real relationship. Peter Gibson LJ was alive to the problem. He said this (p 697G)

‘Of course, it is important that the industrial tribunal should be alert in this area of the law to look at the reality of any obligations. If the obligation is a sham it will want to say so.’

29… The question in every case is, as Aikens LJ put it, at para 88, quoted above, what was the true agreement between the parties…

33 At para 103 Sedley LJ said that he was entirely content to adopt the reasoning of Aikens LJ:

“recognising as it does that while employment is a matter of contract, the factual matrix in which the contract is cast is not ordinarily the same as that of an arm’s length commercial contract.”

34 The critical difference between this type of case and the ordinary commercial dispute is identified by Aikens LJ in para 92 as follows:

“92. I respectfully agree with the view, emphasised by both Smith and Sedley LJJ, that the circumstances in which contracts relating to work or services are concluded are often very different from those in which commercial contracts between parties of equal bargaining power are agreed. I accept that, frequently, organisations which are offering work or requiring services to be provided by individuals are in a position to dictate the written terms which the other party has to accept. In practice, in this area of the law, it may be more common for a court or tribunal to have to investigate allegations that the written contract does not represent the actual terms agreed and the court or tribunal must be realistic and worldly wise when it does so.”

35 So the relative bargaining power of the parties must be taken into account in deciding whether the terms of any written agreement in truth represent what was agreed and the true agreement will often have to be gleaned from all the circumstances of the case, of which the written agreement is only a part. This may be described as a purposive approach to the problem. If so, I am content with that description.”

Imbalance of power and imposition of written document

When arguing that a written document does not, either in whole or in part, reflect the true agreement, the starting point for claimants is to show that they had no choice but to sign the document if they wanted to work for the respondent.

Often in gig economy cases, claimants are presented with standard-form documents on a take-it or leave-it basis – see, for example, Aslam & Others v Uber B.V. & Others [2017] I.R.L.R. 4, the employment tribunal case of Dewhurst v Citysprint UK Limited ET/220512/2016 in which a cycle courier for Citysprint was held to be a limb (b) worker, and the employment tribunal case of Leyland v Hermes Parcelnet Ltd ET/1800575/2017, in which Hermes couriers were also found to be limb (b) workers. When all individuals carrying out a certain role, such as Uber drivers or Hermes couriers, sign standard-form documents, this is good evidence that there was no possibility that they could have negotiated any changes to the document.

It is important to show that terms were unilaterally imposed by the respondent because if the claimant could have altered the terms of the document before signing it but chose not to do so, it is more difficult for the claimant to argue that the terms do not reflect the true agreement between the parties.

Showing that the written document does not reflect the true agreement

Claimants will need to show that the respondent, or more often the respondent’s legal team, has created an artifice which obscures the true contractual position. Common evidence and factors on which claimants rely when arguing that the substance of the legal relationship is different from the written form are as follows.

Often companies will overreach themselves in their efforts to falsely paint their staff as self-employed, including terminology and terms in the written document which would commonly be found in commercial contracts between two businesses but which are demonstrably inaccurate in the claimant’s case. This is helpful for claimants when arguing that the respondent has deliberately included false terms to misrepresent the true agreement. Two such examples come from Citysprint and Uber.

In Citysprint, the written document was labelled “Confirmation of Tender to supply Courier Services to CitySprint”. However, as Employment Judge Wade noted at paragraph 62 of her judgment, “there was no tender process at all.”

In Uber, the earlier written document called the “Partner Terms” defined the claimant drivers as “Partners” and used the term “Driver” to mean “the person who is an employee or business partner of, or otherwise retained by the Partner and who shall render the Driving Service of whom the relevant…details are provided to Uber.” However, as noted at paragraph 34 of the employment tribunal’s judgment, “It is common ground that the vast majority of Uber drivers were and are sole operators such as Mr Aslam and Mr Farrar. Nonetheless, for the purposes of the Partner Terms, they provided “Driving Services” through their “Drivers” (ie in the ordinary case, themselves)”. In 2015, Uber introduced new terms which defined the claimant drivers as a “Customer” (of Uber) and stated that the agreement was “between an independent company in the business of providing Transportation Services…(“Customer”) and Uber B.V.” The claimant drivers, however, did not have their own service companies.

Claimants in cases such as this will also need to show that what happens in practice is different from the written document and that the true agreement can be inferred from the parties’ conduct. For example, if the written document contains a broad substitution clause which would defeat claims for workers’ or employment rights, claimants will seek to show that in practice substitution is not permitted at all, or that the right is fettered, and that the true contractual position in relation to substitution can be inferred from this conduct. Taking another common example, if the written document states that the respondent exercises no control over the claimant’s work, the claimant will seek to show that they receive management instructions from the respondent and are disciplined if they do not obey such instructions.

Examples from Uber include the fact that Uber, despite claiming in the written documents that it did not provide a transport service to the public, described itself in marketing materials as “Uber: Everyone’s Private Driver. Braving British weather to bring a reliable ride to your doorstep at the touch of a button.” Uber also told Transport for London that, “The fact that an Uber partner-driver only receives the destination for a trip fare when the passenger is in the car is a safeguard that ensures that we can provide a reliable service to everyone at all times, whatever their planned journey.” Further, despite inserting written terms to the effect that Uber does not pay the drivers but rather acts as a payment collection agent on behalf of passengers, Uber’s Regional Manager for the UK told the GLA Transport Committee that, “Uber drivers are commission-based…Drivers are paid a commission of 80% for every journey they undertake.”

Citysprint provides a rather enjoyable example of how the realities of the working relationship between Citysprint and its couriers differed from the written document. Paragraph 50 of the judgment describes a recording of a conversation between a courier and one of the respondent’s “controllers”. The courier was unable to deliver an item because the premises in question was shut, so he asked the controller whether he could do what he wanted with the item. The controller replied:

“no, I’m afraid so, I’m afraid you can’t really – I mean that’s all bullshit – as we all know isn’t it….That you self employs [sic] can do exactly what you want – I mean if that was the case we wouldn’t have a business would we, really?”

If you have an idea for a niche law book which you’d like to write please don’t hesitate to contact us, following the guidelines on the bottom left of the ‘Contact/About Us‘ page. 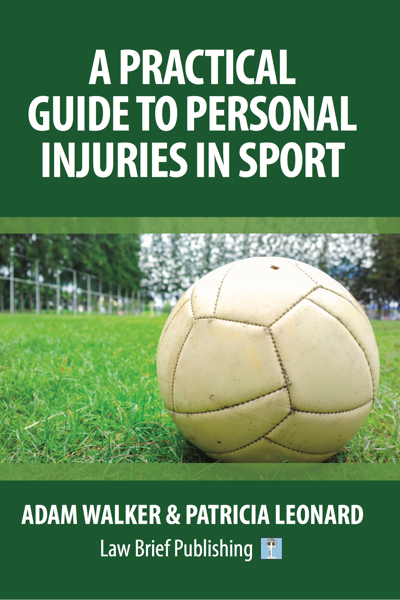 WE ARE OPEN AND DELIVERING TO YOUR HOME OR OFFICE Dismiss